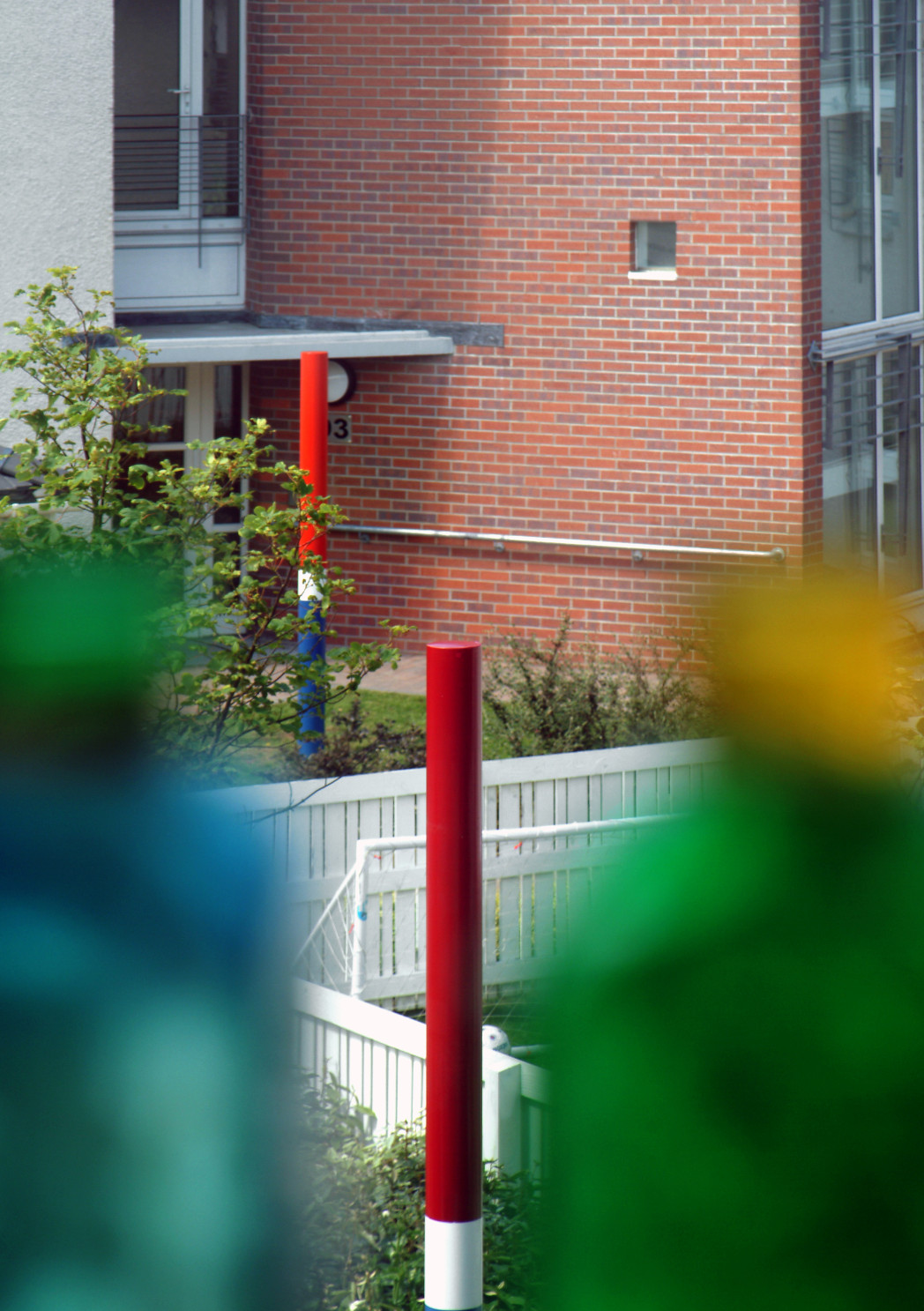 “Constellation” is the title of the new public art installation within the Citadel housing development in Ayr. The work consists of thirteen painted steel poles of various heights, ranging from 2.7 metres to 5.5 metres. They are positioned randomly throughout the development.

Here’s Constellation by Stephen Hurrel (pdf), the booklet that was designed and produced as a follow up to our public arts project at the Citadel in Ayr.

The artist is Glasgow based Stephen Hurrel.

The colours of the poles make reference to boats and ships that are frequently seen coming and going from the harbour and that have used the Clyde throughout the history of the area. The title of the work, and the arrangement of the poles, relates to one of the earliest forms of navigation where the stars were used to locate positions.

Inside five of the poles are miniature landscapes and these are viewed through small wide angle lenses with the help of a torch to illuminate the interior of the poles. Torches have been installed in locked boxes inside each entrance stairway and a key is provided for each tenant to access this box. Each person can sign and date the Log Book provided. Spare batteries for the torch are also installed in the box and these are recharged by a small solar panel.

Inside three of the poles are small wind chimes that are activated by the small white wind vanes on the top of the poles. There are a series of small listening holes in each pole.

A series of four postcards, each with four images, has also been produced. These images are based on various tenants’ response to the question “What personal object or image have you taken with you when you moved house?”