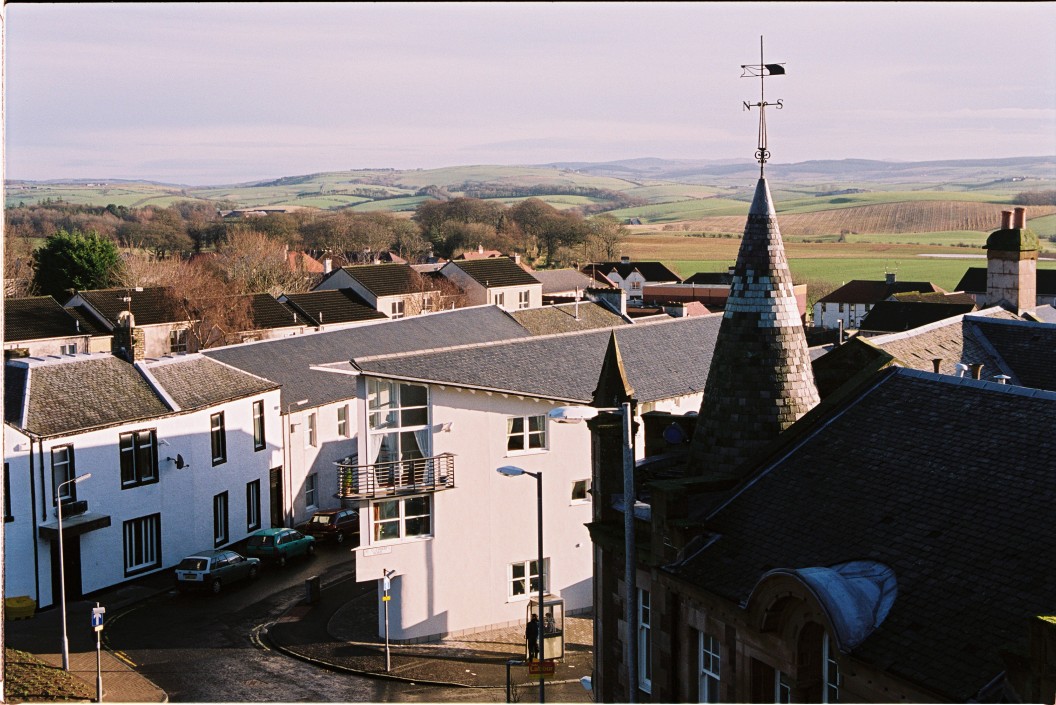 These awards are for 23 flats and townhouses designed as a new landmark within Maybole’s town centre. The dramatic triangular block reflects the form of the long demolished shoe factory which once dominated the site. It is now a modern but sympathetic counterpart of the nearby Castle and Carnegie Institute.

The project cost £1.7 millions; Ayrshire Housing was supported by a grant of £1.1 millions from Communities Scotland. The balance has been funded by a loan from the Bank of Scotland.

The site was identified as a key one by South Ayrshire Council in its Local Plan review since it forms part of the Maybole conservation area. The development has thus been welcomed by the Council’s planners.