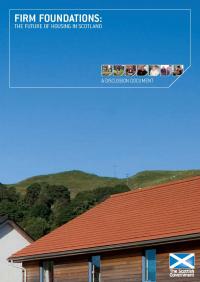 The Scottish Government’s discussion document sets out its agenda for the country’s housing and communities.

Ayrshire Housing’s Board considered its response to the document at its meeting yesterday evening. It welcomed the Government’s recognition of the work of housing associations and the value of affordable rented housing for many. It shares the concern, however, of the Chartered Institute of Housing, the SFHA and Shelter Scotland that the Government has not set out a target for new affordable rented housing.

It supported the proposals to restrict further the right to buy but felt that this should be extended to all new lets.