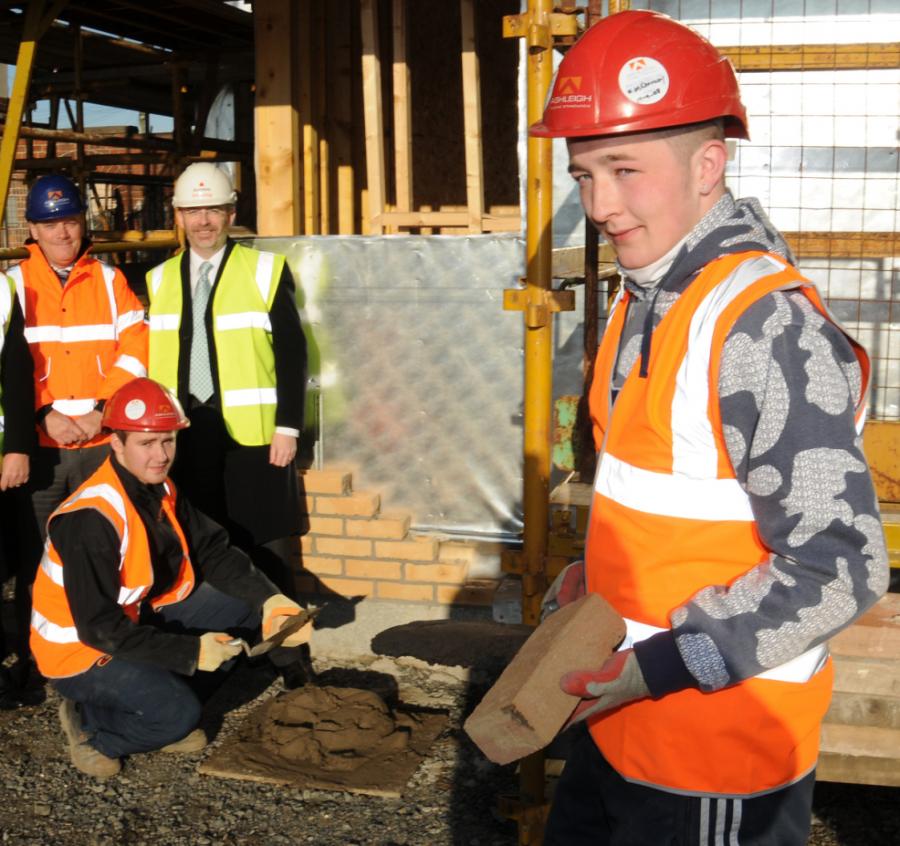 The Scottish Government has just awarded a Wider Role grant of £27,000 to allow the highly successful Access Construction Ayrshire project to support traineeships for 5 more local people. They will be employed by Ashleigh Construction (Scotland) Ltd initially on their major contract with Ayshire Housing at Lochside, Ayr.

Running since 2003, this innovative project has succeeded in providing genuine construction traineeships to people who would not have been able to get such jobs through traditional routes into the construction industry.

Access Construction Ayrshire has been developed and is managed by Ayrshire Initiatives, the social enterprise that works in partnership with Ayrshire Housing and many other organisations.

This is the project’s fourth phase. Funding followed a highly complementary evaluation of the earlier phases. This demonstrated that in addition to the personal benefits to the trainees, the majority of whom have now completed apprenticeships, the approach has won the confidence of contractors as as a potential source of committed employees.

Alex Steel, Ashleigh’s Managing Director says “Ashleigh is very pleased to be offering job and training opportunities to those who might not have been able to get them through traditional routes. The programme helps us to recruit high quality local labour which not only benefits the communities we work in, but also our business”.

Having already extended the approach to Irvine Housing Association from the initial focus on Ayrshire Housing developments, Ayrshire Initiative’s Louise Christie is now seeking to expand its reach to other Ayrshire housing associations subject to continued Government support.