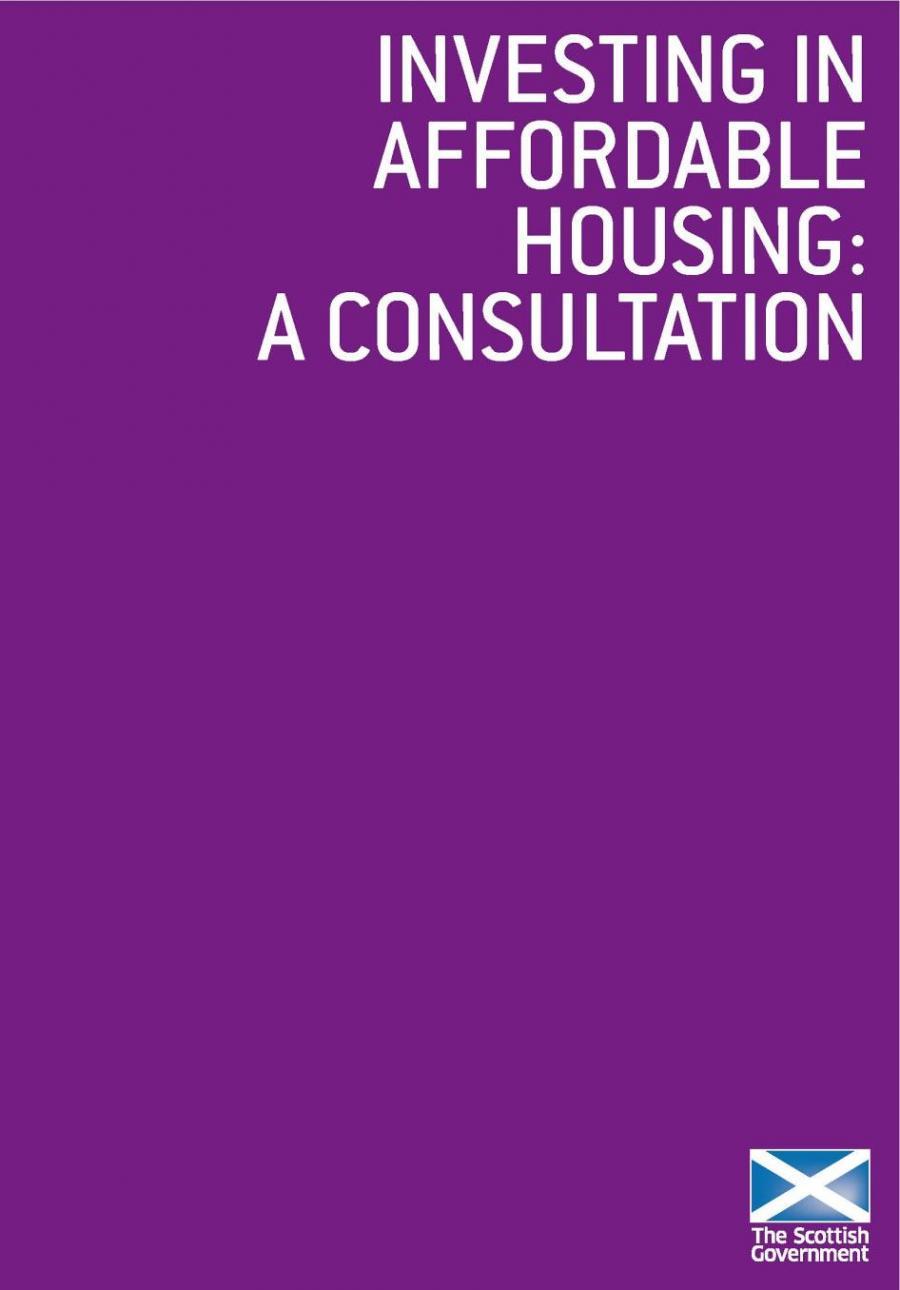 The Scottish Government has published  a consultation paper entitled Investing in Affordable Housing. It has invited interested organisations and individuals to respond by 17 March 2009.

The proposals for regional competitions amongst groups of housing associations for the lion’s share of future funding remains largely unchanged from Firm Foundations, the Government’s consultation on the future of housing in Scotland. This is despite the almost unanimous criticism of the proposals by the country’s housing associations. At the time we said that they would undermine local accountability and tenant control as well as the ability of associations to respond flexibly to local housing needs and the wider concerns of our communities. Like many other associations, we suggested that the efficiencies that the Government desires could be achieved much more effectively by fostering partnerships between the Councils and housing associations based on longer-term investment planning.

The Government argues that the current house building crisis makes the case for investment reform on their terms even greater to increase affordable housing supply and save construction jobs. We argue in our response here that in fact the implementation of the proposals will have the opposite effect. It will deflect our collective attention from creating dynamic new partnerships at a local level to unlock opportunities and secure construction related jobs.

Investing in Affordable Housing: our response

We would welcome your comments below which we will send on to the Scottish Government.