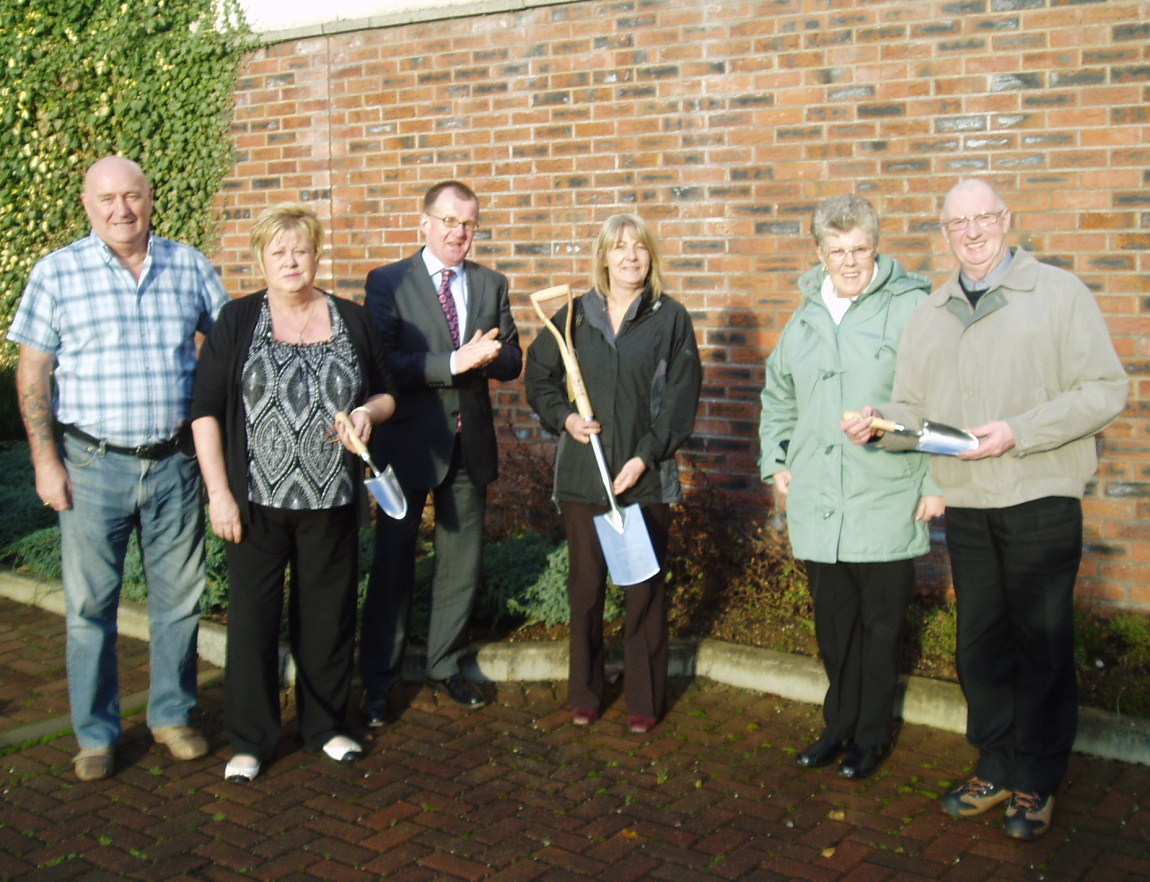 It was a miserable summer for gardening. Yet our annual garden competition received its largest number of entries to date.

The judging was done over a couple of really dreich days which oddly allowed the high standard of so many of the gardens and window displays to shine through.

This year’s best garden is the proud work of Ms Jean Barclay of  Glenhead Place in  Coylton. Jean received a specially inscribed spade as a very practical trophy from the association’s Director, Jim Whiston.

Another highlight was the joint entry which won in the best close and small garden category. The proud gardeners are Kennedys ( on the left) and McPhersons at Crown Square, Newton on Ayr. They  received engraved bedding trowels in recognition.