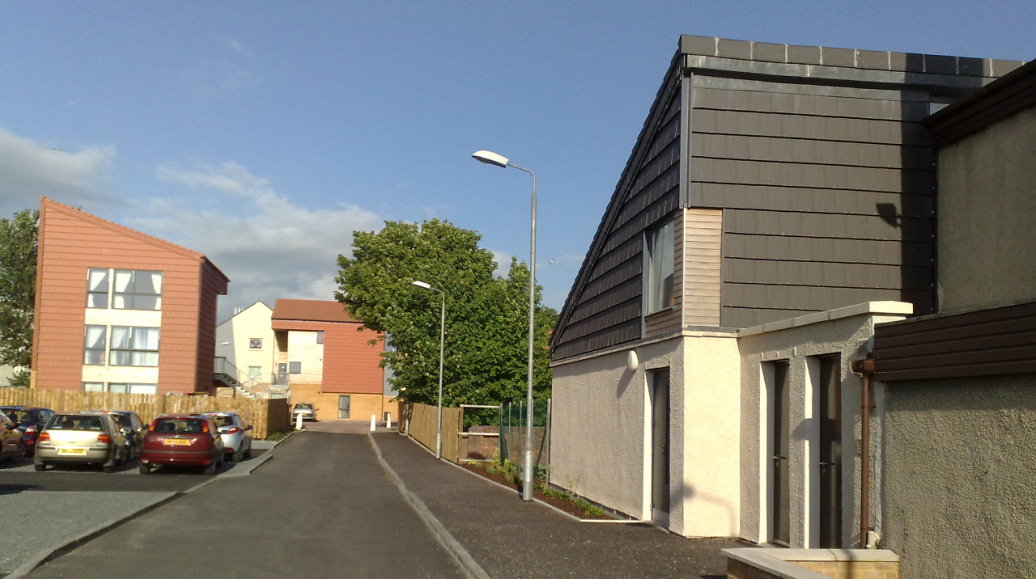 Last night saw the completion of the final stage of our partnership project with Prestwick’s Kingcase Parish Church.

The project facilitated by Scottish Churches Housing Action has produced 10 new houses for affordable renting alongside a major extension to the church’s existing hall. The works were procured jointly with an integrated design and contractor team lead by Ayrshire Housing. The designs are by Ayr architects ARPL.

At a dedication service to mark the formal reopening of the  hall, the Reverend David Watson thanked Ayrshire Housing for its work in facilitating this complex project. It involved the resolution of a number of planning issues before work could start and, unfortunately, then coping with the contractor’s insolvency.

South Ayrshire Council has installed some imaginative street signs to the newly created Observer Court. Bearing the crest of the former Royal Observer Corps, they are a historical link to the Corps’ “bunker” which once stood on the site during the cold war against the former Soviet Union.

Here are more details of the housing aspects of the partnership.