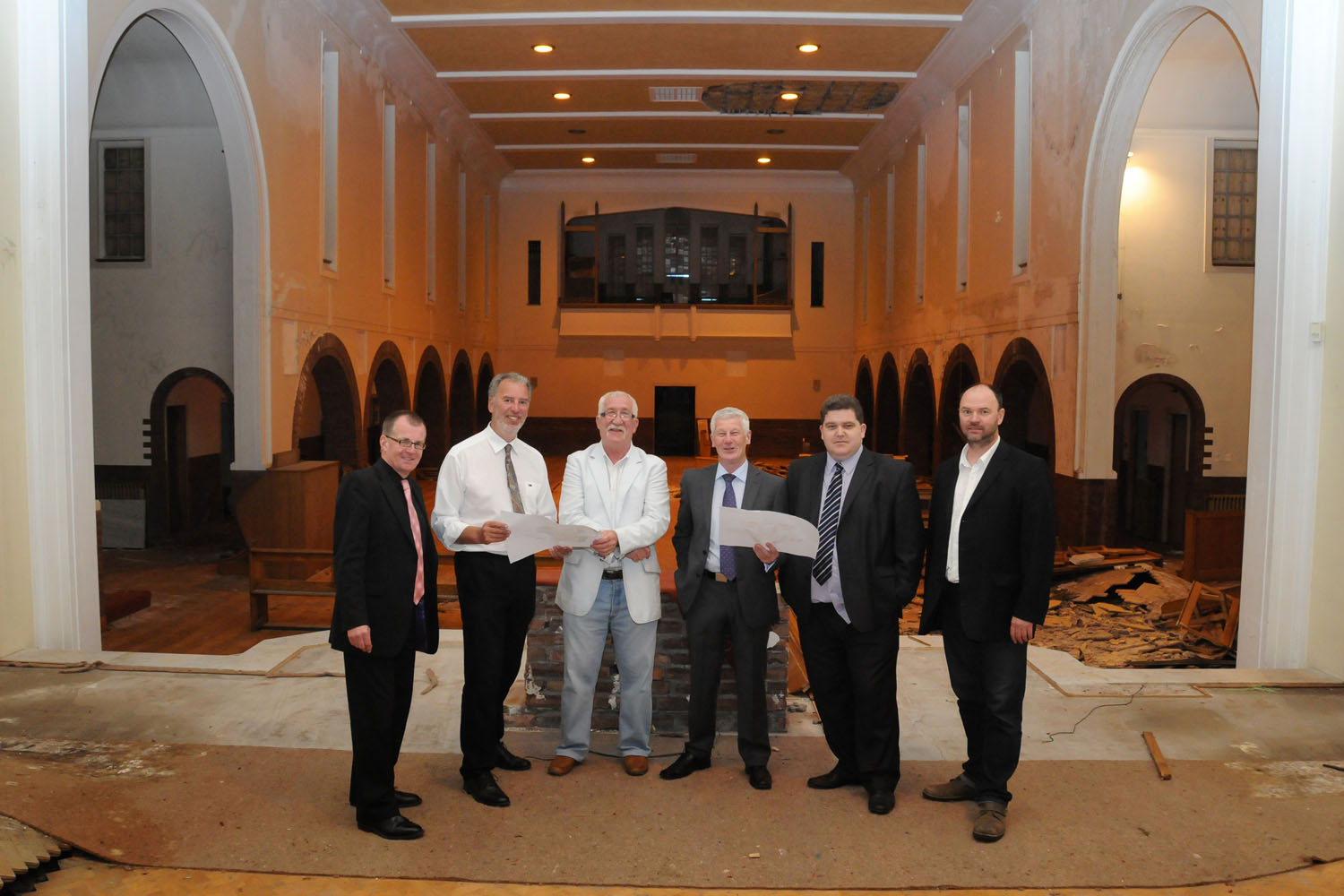 After over eight years of planning and protracted negotiation, Ayrshire Housing has bought a former Ayr church which was until recently the Roman Catholic Church’s Cathedral of the Good Shepherd.

The building is located in the Dalmilling neighbourhood close to the town’s racecourse.

Ayrshire Housing got involved following an approach from the then Bishop Maurice Taylor. A partnership using the tried and tested approach of Scottish Churches Housing Action was agreed. Ayrshire Housing  then worked at it own risk towards planning and listed building consents for the partial demolition of the building and the creation of 24 much needed houses for the community.

The Church unfortunately decided last December just as Ayrshire Housing was about to secure the development consents to abandon the building to a speculative purchaser. Working with new partners, Ayrshire Housing is pleased that it has been able to put this much needed project back on track.

This evening, local Councillors Douglas Campbell, Ian Cavana and Tom Slider took the opportunity to discuss the redevelopment plans and to have a last look at the building’s interior.

Councillor Douglas Campbell who is also South Ayrshire Council’s Portfolio Holder for housing complemented Ayrshire Housing’s efforts over the years. He said “I welcome the plans to redevelop the site over the coming months. As well has providing much needed new housing, it will tackle the community’s real concern about the risk of this building remaining empty. The Council has made this its top housing association priority in the housing investment plan agreed with the Scottish Government.”

Ayrshire Housing plans to retain the tower and gable of this C listed building and erect 24 new houses and flats in a form that respects the legacy of the cathedral building. The scheme was substantially redesigned on the basis of comments from South Ayrshire’s planners following a planning application submitted in July 2008. The application followed belated clearance from the Roman authorities for the  new Bishop to move to close the church and relocate his cathedra (his chair) to another church in Ayr.

The designer of the new development is Gordon Fleming of Ayr based ARPL. Gordon was selected following a limited architectural competition way back at the start in 2002! Ayrshire Housing is currently negotiating a building contract with Ashleigh (Scotland) Ltd who have also supported its efforts over the last few months to recover this project for the benefit of the local community.  It is hoped that the first phase – the demolition of the nave and ancillary buildings – will commence later in the summer.

Here are the finalised plans.