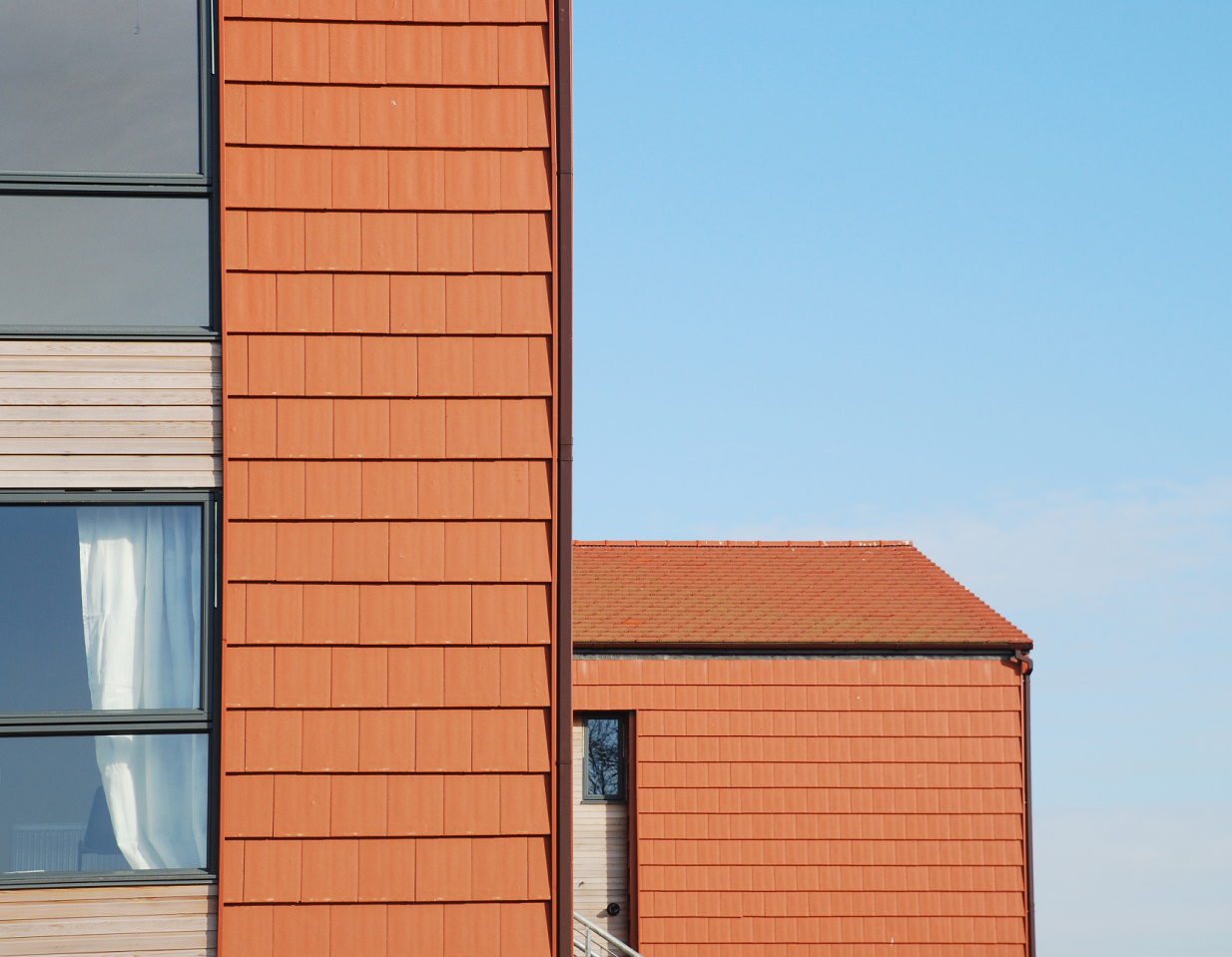 The Roses Design Awards have recognised Ayrshire Housing’s work yet again. The  awards are for the best UK buildings completed outwith London each year.

Our  10 house project at Observer Court in Prestwick  has been judged the best affordable housing project in 2010 against stiff competition.

Its innovative design involving vertically rung roof tiles to most elevations is by Gordon Fleming of Ayr architects ARPL.

Completed in March of this year, a mix of flats caters to a wide variety of needs. Each of the terraced houses, for example, is well suited to  tenants with physical disabilities.

It was developed through a partnership with the neighbouring Kingcase Parish Church. The congregation released land for the much needed affordable housing which in turn helped fund the enlargement of their church hall and a new car park.  With advice from Scottish Churches Housing Action, both projects were secured through a joint design and construction arrangement managed by Ayrshire Housing.

The projects also complement the substantial investment of South Ayrshire Council in their adjacent flats.

The housing project cost £1.2 m and was supported by generous grants from the Scottish Government and South Ayrshire Council.