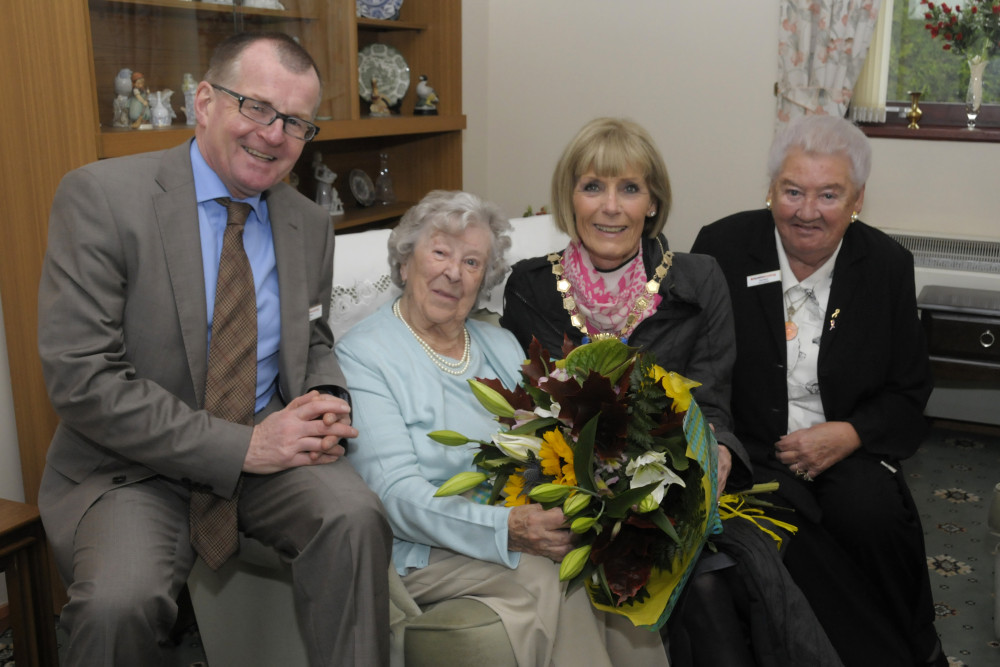 Ayrshire Housing has today celebrated the achievements of its predecessor, Carrick Housing Association. Established 20 years ago this October, the housing association was the brainchild of community activists who came together to build houses for rent in their villages and small burghs.

Two of Carrick’s original members Councillor John McDowall and John McKerchar have unveiled a new plaque at Carrick’s first development. The inscription speaks for itself, “Twenty Years of Bringing New Life to Ayrshire’s Villages”.  Despite the smirrie weather, 60 tenants and supporters were present before renewing acquaintances over tea and sausage rolls.

The original project at Oswald Court, Kirkoswald was opened after three years of hard voluntary effort in June 1994 by the then local MP, George Foulkes.

John McDowall said “that these houses have weathered so well demonstrates the commitment to quality by Carrick’s committee, its architect and builder.  It set the standard for a series of schemes not just in almost all the Carrick villages but also into Kyle at Dundonald and Tarbolton.

I’m proud have been one of the first members of Carrick and now to be able to take its legacy forward as a Board member of its successor, Ayrshire Housing.

The prospect for new village housing  is not very rosy to say the least at the moment. There’re  severe cuts in funding for affordable housing together with a move to direct competition for what grant there is. Having said this, we can all be proud of the legacy of Carrick and I’m sure that we will all again be attending the opening of a new village development whether by the Council or Ayrshire Housing in the not too distant future”.