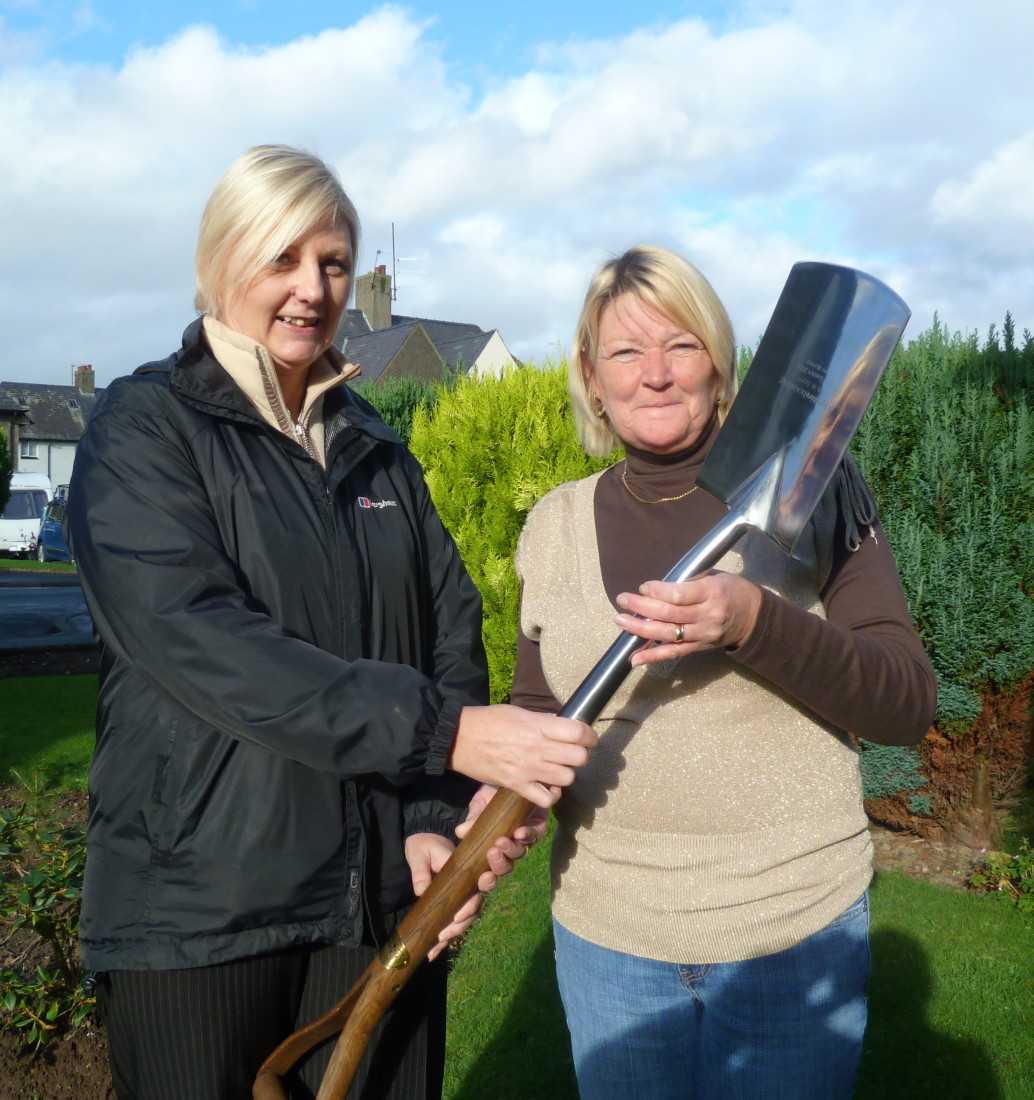 Despite this year’s indifferent weather, Ayrshire Housing’s judging panel were delighted with the quality of the entries to its annual garden competition.

Joint winners in the best individual garden category are Mr and Mrs Alexander of Kirkmichael, and Mrs Scott of Belmont, Ayr. Each received specially engraved spades in recognition of their efforts. By coincidence Jack, the Alexander’s Jack Russell, was also a winner in the association’s pet competition this year.

A  team of guerrilla  gardeners at 93 South Harbour Street, Ayr proudly picked up the best shared garden award for  the second year in a row. Year by year, they are transforming the area around their block of flats.

This year’s best container display is by Mrs Currie at West Sanquhar Road, Ayr. For the second year in a row, the best garden in a new development award went to a resident of the Lochside regeneration project, Mr Larcombe.