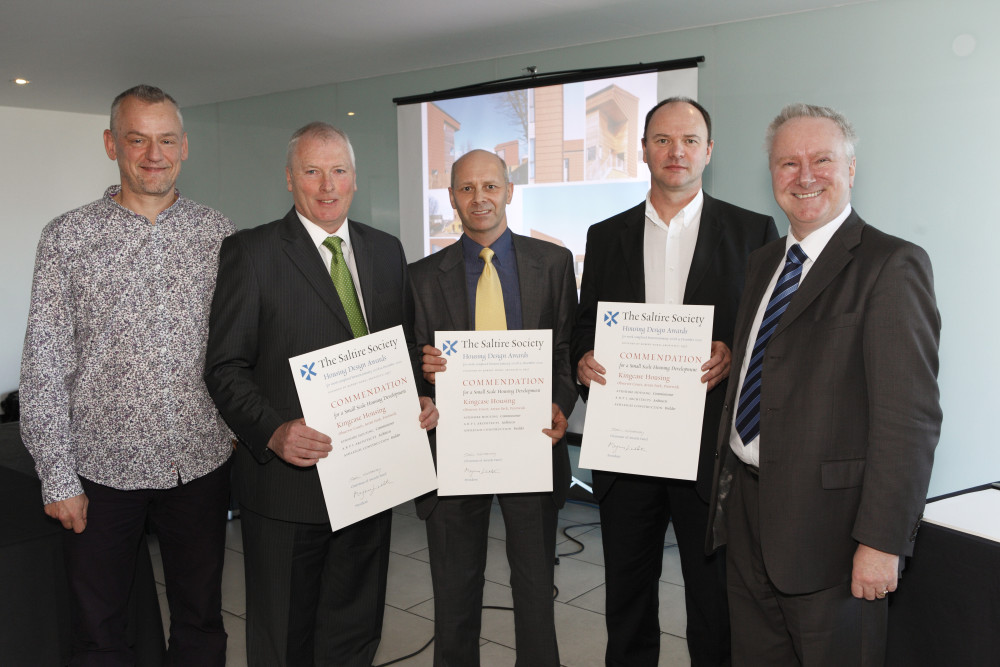 The award was presented by Alex Neil MSP, Cabinet Secretary for Infrastructure and Capital Investment.

The noted architect Malcolm Fraser who is the guest chair for this year’s awards said “we really liked what Ayr based ARPL architects have done. They’ve taken a non-descript scrappy bit of ground and created a real sense of place. It’s not only a great bit of architecture but it’s clear from speaking to the delighted residents that the design has fostered a wee community”.

The  project resulted from a partnership between Ayrshire Housing and Kingcase Parish Church. Facilitated by Scottish Churches Housing Action, 10 houses for affordable renting have been provided alongside a major extension to the church’s existing hall. The works were procured jointly with an integrated design and contractor team led by Ayrshire Housing.

Sadly the original contractor went out of business before they could finish the work. The houses were completed though to a very high standard by Ashleigh (Scotland) Ltd who are based in Prestwick.

It has been another good year for housing associations at the Saltire awards. The chair’s medal went to Maryhill Housing Association’s splendid Botany scheme.  In addition, Bield Housing Association were commended for an innovative sheltered housing project in Govan.