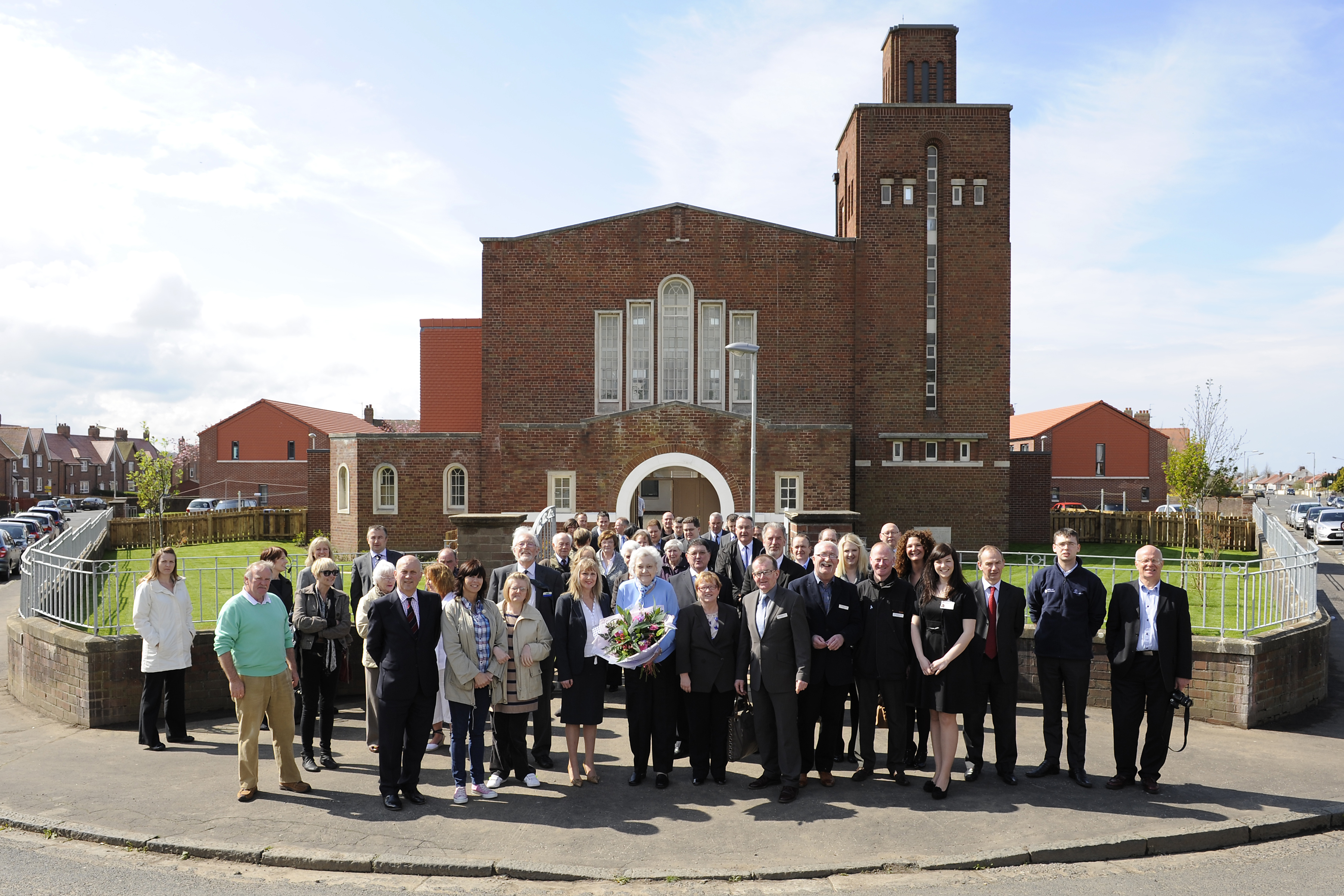 Ayrshire Housing has given a new social purpose to what was until recently the Roman Catholic Cathedral of the Good Shepherd in Ayr.

Today, Ayrshire Housing’s Chair Paul Torrance welcomed Mrs Margaret Connor and all her neighbours to their new homes. Mrs Connor has moved to a house especially adapted to her needs.

Paul went on to say “I’m delighted that after 10 years of hard work and false starts, we’ve been able to transform this already impressive building into such excellent new housing. I’m saddened though that this is likely to be our last significant project unless the Scottish Government changes its tune on funding. They’ve slashed new build grant rates to unsustainable levels. If accepted these will undermine the number of new starts, reasonable rents and quality services in the long-term”.

The association has retained the tower and gable of the C listed building. 25 new houses and flats have been erected in a form that respects the legacy of the cathedral building.

Gordon Fleming of Ayr based ARPL designed the new development. Gordon was selected following a limited architectural competition back in 2002. The project is the latest in a series of schemes built by Prestwick based Ashleigh for Ayrshire Housing.

You can read more about the development by following this link.