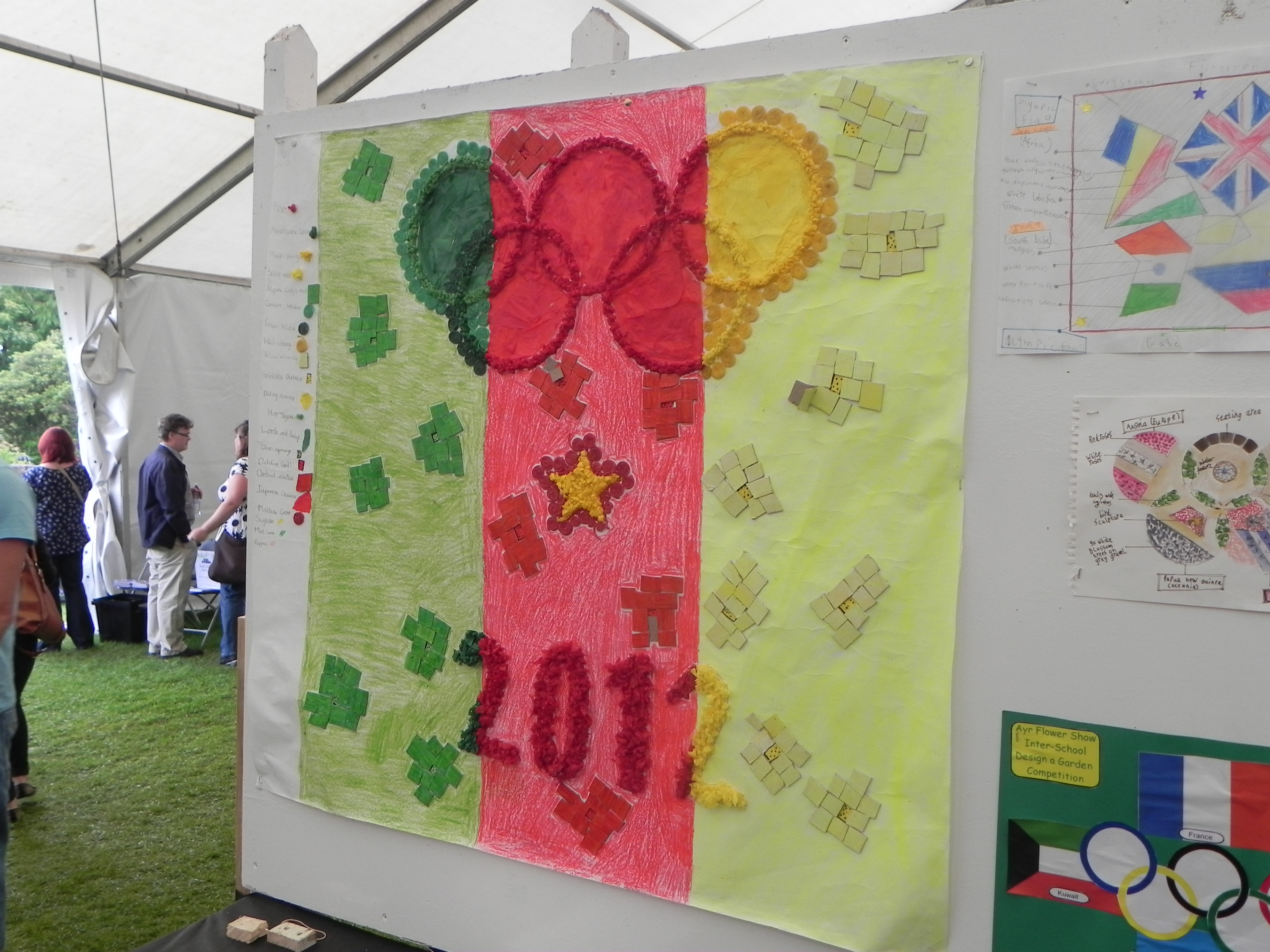 For a second year, Ayrshire Housing is pleased to have sponsored the inter-schools competition at the Ayr Flower Show.

The competition was open to every primary and special school in Ayrshire. Appropriately, this year’s brief was to design a garden with an Olympic Games theme.

Against stiff competition, the winner was a team of primary 4, 5 and 6 children from Ochiltree Primary School. They combined their interest in Fairtrade with a soccer theme which may explain Cuba being at the centre spot in their design even though the Caribbean island did not make it to the London Olympics soccer tournaments!

The prize was to see their design realised at the Flower Show this month.

The judging was carried out by the team of ladies who won the best shared garden award in Ayrshire Housing’s own garden competition last year.

Ayrshire Housing has committed itself to support the competition in 2013.