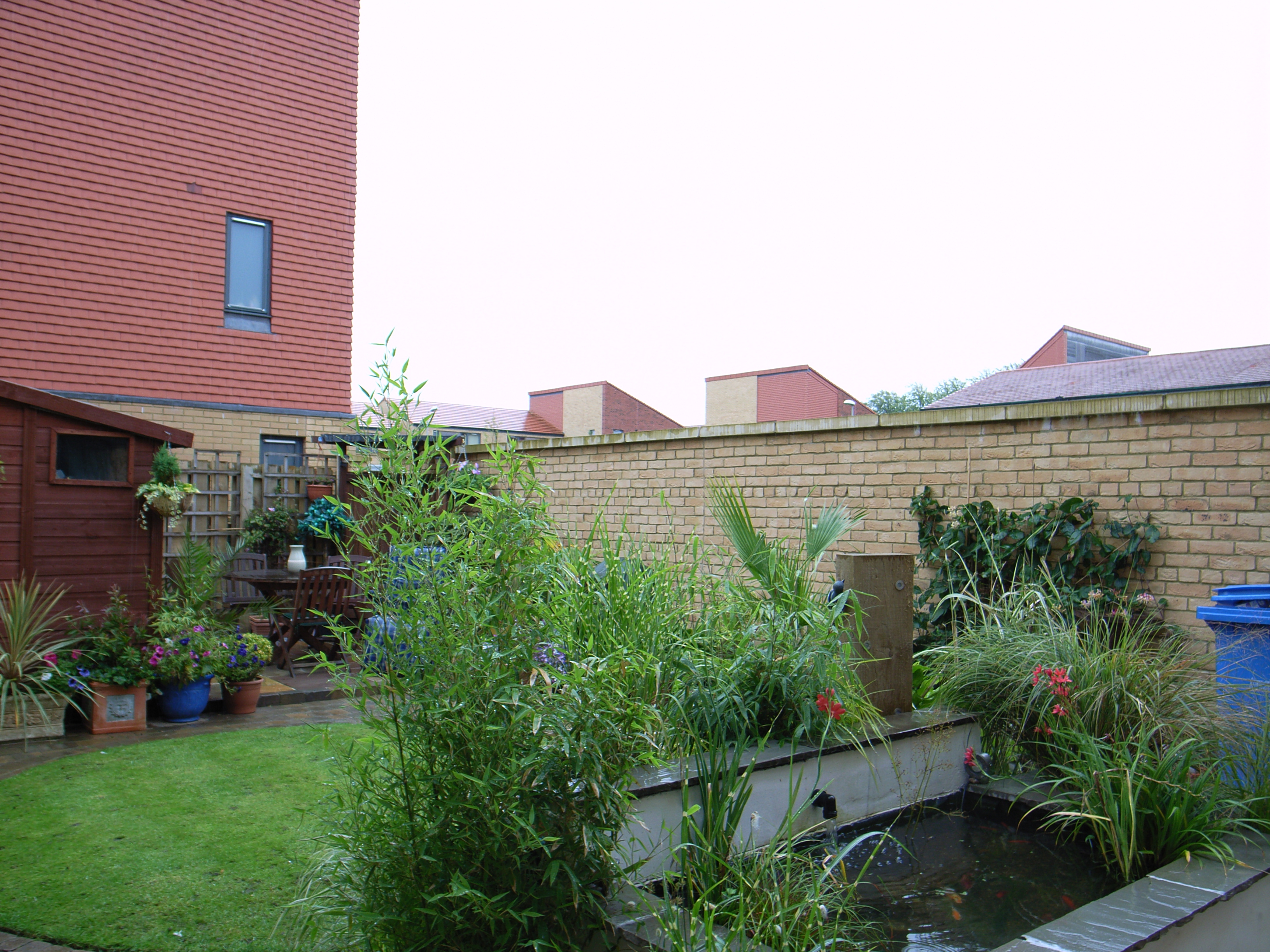 Despite the awful summer, we’ve again had a bumper crop of entrants to our  yearly garden competition. In fact the judging almost had to be called of due to the weather – hence the dreich sky in the pictures here!

For a second time, the prize for the best individual garden has gone to Kevin Duncan and Maureen Frew. They jointly tend a very urban garden in Lochside, Ayr which seems to be in a constant state of flux.

The best shared garden award commends tenants who have transformed some of the shared spaces in our schemes. This year’s top award goes to neighbours Marell and Robert Toner, and Derek Penman. Together, they have  added colour to the area between their front doors at West Sanquhar Road in Ayr.

The prize winners received either an engraved bedding spade or a lawn edger.

There were also nine commendations across all the categories. Each entrant received an engraved trowel.