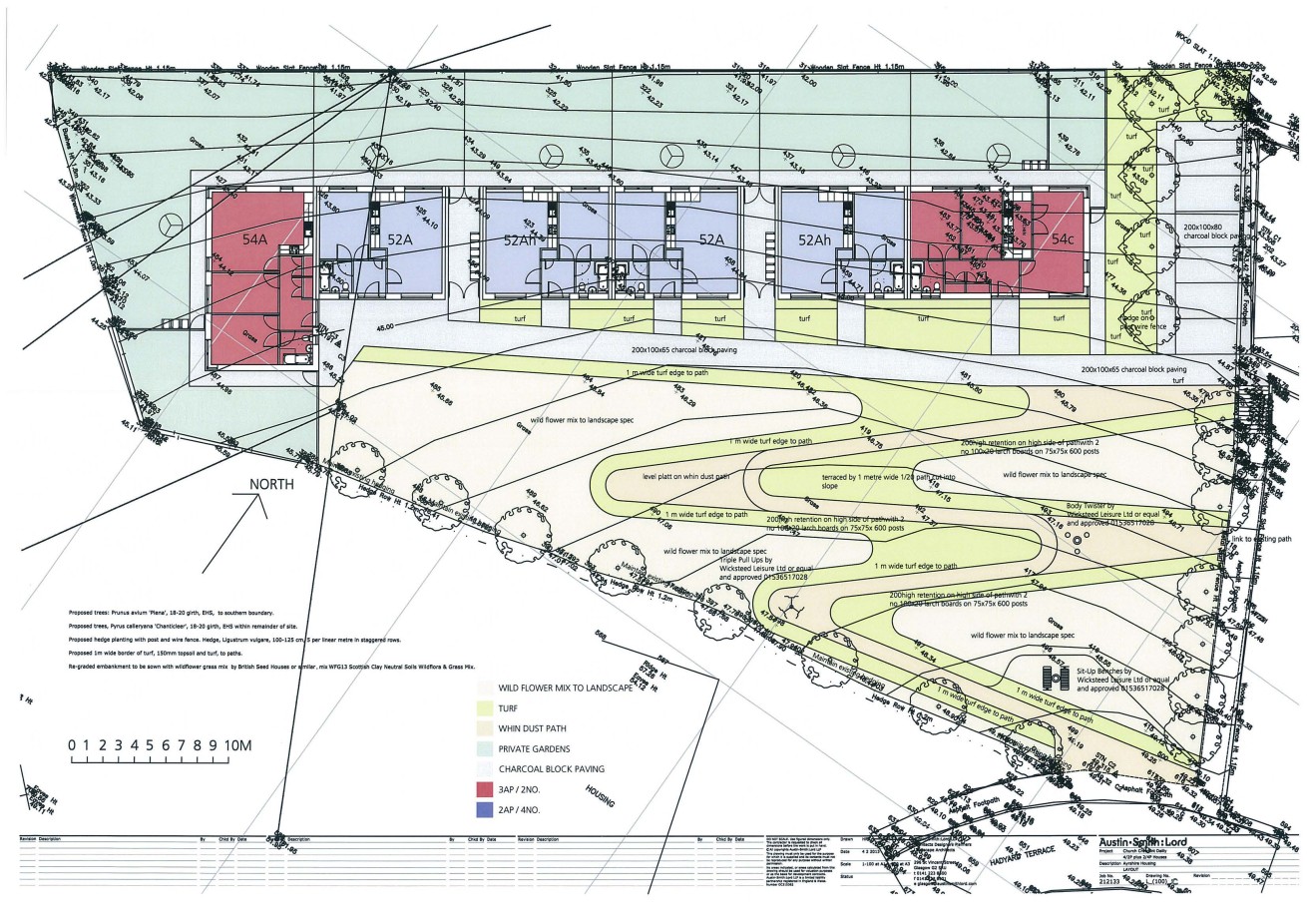 Disappointingly, this did not find favour with the planners who claimed that the open space was a valuable local amenity. This was despite the fact that there were no objections.  In addition, the three ward Councillors were all supportive. Ayrshire Housing’s position is that the land is simply space left over from when the Scottish Special Housing Association built the surrounding scheme in the 1950s.  Moreover, this small village is already well served in terms of recreational amenities.

After further negotiations with the planners involving  six redesigns, a new application for six houses has just been submitted. Like the previous one, this is  for a mixture of one and two bedroom single storey houses. These will all be suitable for a wide range of needs and will complement the predominately family houses in the village. Further landscape enhancements are being proposed for the remaining ground including, at the planner’s insistence, adult exercise equipment.

Ayrshire Housing is delighted that the three Councillors and the Dailly Community Council have all restated their support.

Here are the planning application drawings prepared by Austin-Smith:Lord, architects.