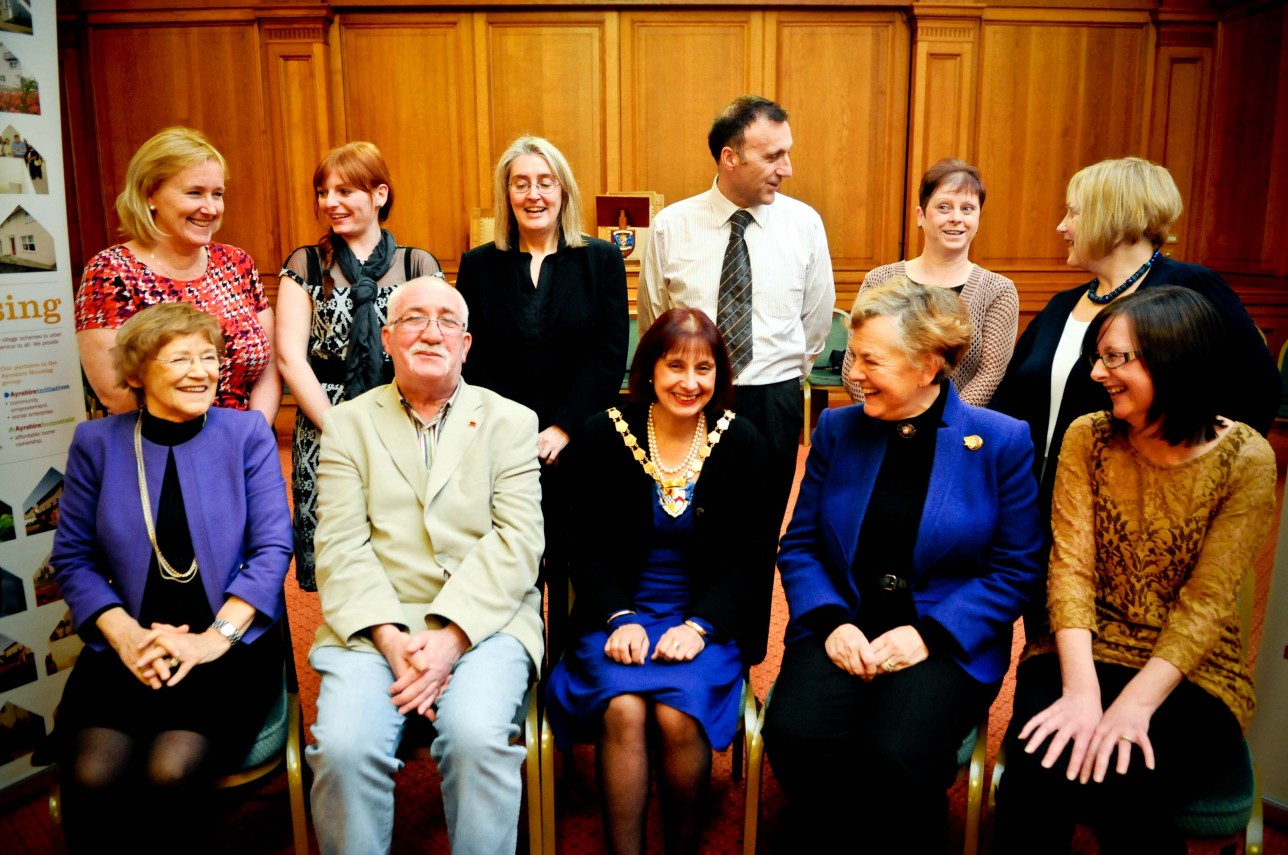 Provost Moonie said “I’m delighted to welcome you all to the County Hall. South Ayrshire Homes was set up on the initiative of the Council. It’s grown into a highly successful organisation with a team of committed volunteer Board members and staff. Its merger with Carrick Housing Association ten years ago created Ayrshire Housing. It continues to grow as the Council’s key housing partner – now with a stock of 1,500 houses”.

Paul Torrance, Ayrshire Housing’s Chair added “I was on the original steering group which formed South Ayrshire Homes. It’s been great to support its growth into such a well reckoned organisation. The merger 10 year ago with Carrick Housing Association then brought together two already successful and community centred organisations to better achieve their ambitions”.

South Ayrshire Homes was formed in 1998 as an initiative of South Ayrshire Council to maintain local management of the former Scottish Homes’ houses. This was achieved early the following year after a ballot of the tenants. In 2003, the company merged with Carrick Housing Association through a transfer of engagements from the latter. This created a single tenant and community led organisation working in partnership with South Ayrshire Council.

The continued close relationship with South Ayrshire Council is reflected in the involvement of three Councillors and a liaison officer in its monthly Board meetings.