Fire safety review in the light of the Grenfell Tower tragedy 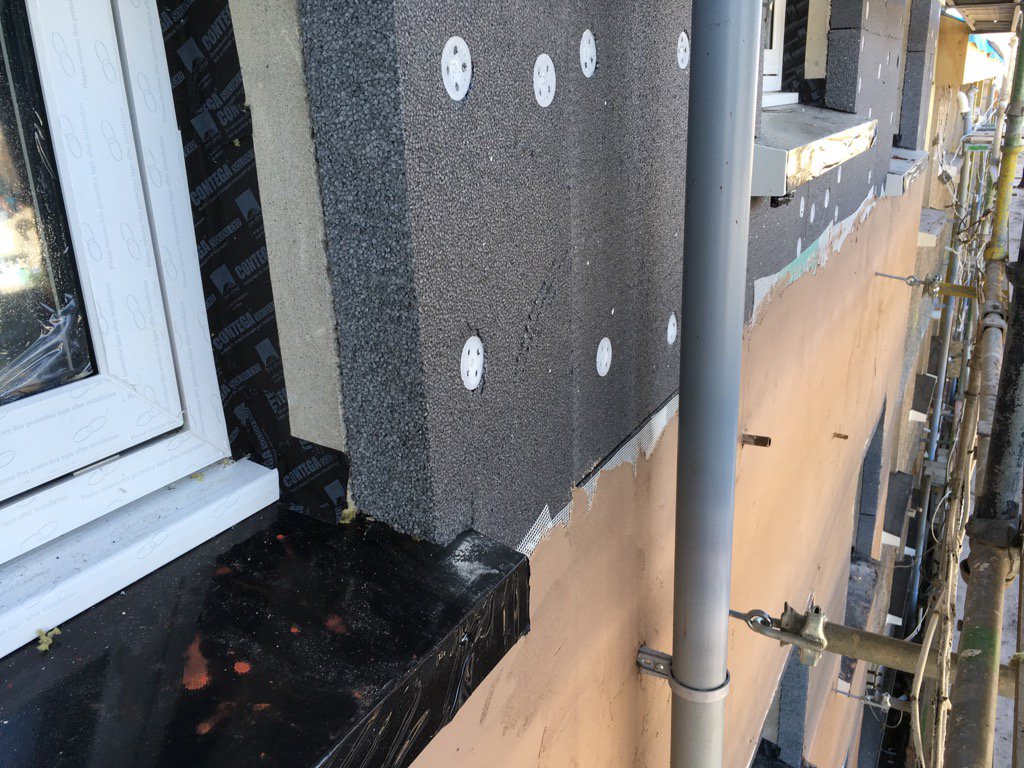 Following the tragic fire at Grenfell Tower in London, we have checked again to ensure that the system being used at the current Rowan Road, Girvan refurbishment meets the necessary standards.

The cause of the London fire and the reasons behind the rapid fire spread have yet to be identified. However, it is understood that the tower block had been retro-fitted with a ‘rain screen’ curtain wall cladding system.

The external wall insulation (EWI) being applied at Rowan Road is an insulated render system.  This is fixed directly to the structure. It comprises expanded polystyrene (EPS) insulation boards, mechanically fixed to the existing building with a durable render coating which fully protects the insulation. It thus  differs significantly from a rain screen system in not having a gap between the insulation and cladding.

In addition, horizontal and vertical fire breaks of non-combustible mineral wool have been incorporated in order to compartmentalise each flat and prevent the spread of fire.

The system is independently tested and is rated Class 0 (low risk) for surface spread of flame as defined in the Building Standards.

The project is being monitored by a consultant architect who is a specialist in this type of work and the association’s own clerk of works.

Any actions arising from the official investigation into the London fire will be addressed as necessary on completion of the report into the fire.

Where the association has fire prevention measures in place including smoke control ventilation and dry riser systems, regular servicing is carried out in accordance with guidance.

With regard to other properties with insulated cladding, there are a small number of flatted properties where EWI has been applied as a result of external improvement works co-ordinated by South Ayrshire Council. In addition, the association previously undertook EWI works to the steel framed properties (BISF) houses in Leslie Crescent, Ayr. This used a similar system to that at Rowan Road.

The association only has two blocks which are greater than 4 storeys; Blackfriars Court, Block 1 (5 storeys) and Viewfield Court, Block 1- (6 storeys), both in Ayr. Both blocks are of framed construction and have not been subject to cladding as they are new build developments completed in 2001 and 2009 respectively.