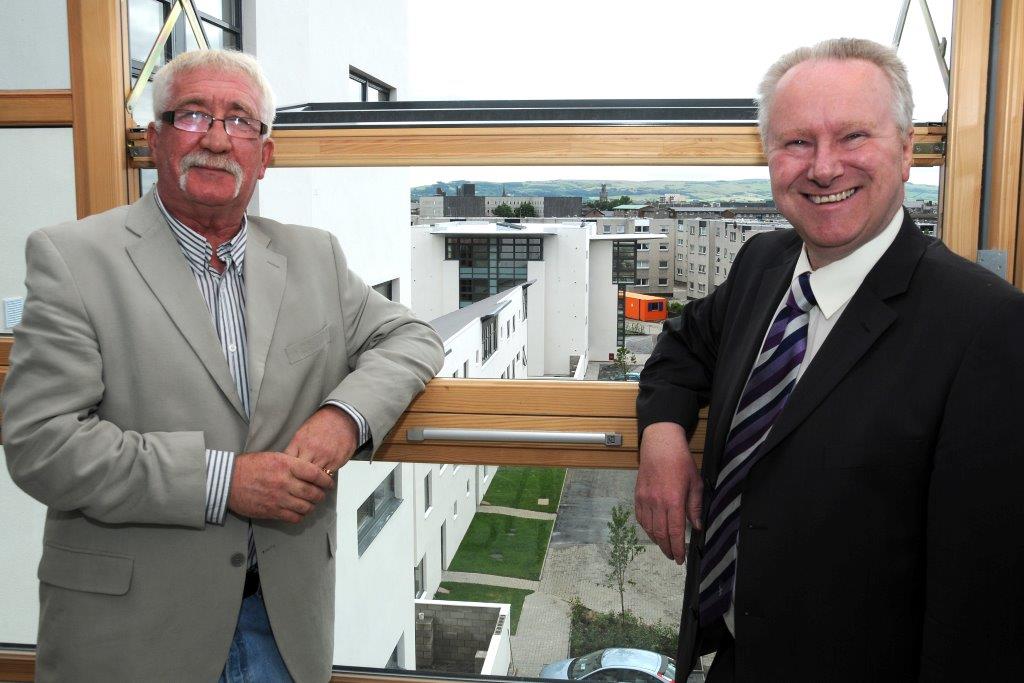 Paul Torrance who served for many years on the Board of Ayrshire Housing has died. He was one of the founding members of the association and was for six years  Chair of its Board.

Current Chair Rhonda Leith said “everyone at Ayrshire Housing is saddened and shocked to hear of his death. Paul was a true community activist, a force to be reckoned with and a great advocate for social housing”.

Director Jim Whiston added “it was particularly poignant  to hear of Paul’s death as we opened our latest development in Dailly. Paul lived in the village for many years and served as its Councillor. He was instrumental in kick-starting this key project for the village. I know that he would have appreciated that it has now come to fruition”.

The association sends it condolences to Paul’s family and many friends.

The picture shows Paul (left) opening one of our many developments with Alex Neil MSP.